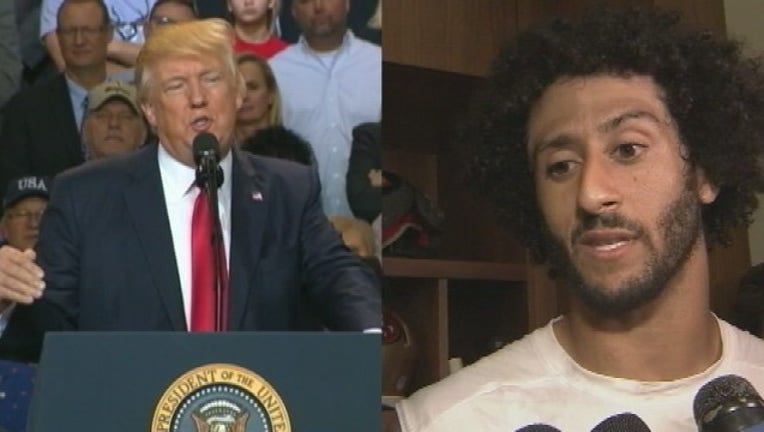 The group that provides food for seniors in need thanked Kaepernick for his donation on Tuesday.

It came a day after President Donald Trump took a swipe at Kaepernick during a campaign-style rally in Kentucky by taking credit for the lack of suitors for the free agent.

Kaepernick's refusal to stand for "The Star-Spangled Banner" ahead of 49ers games last season as a protest of police treatment of minorities became a topic of national debate.

Kaepernick is also promoting a campaign to raise millions of dollars for drought relief in Somalia.