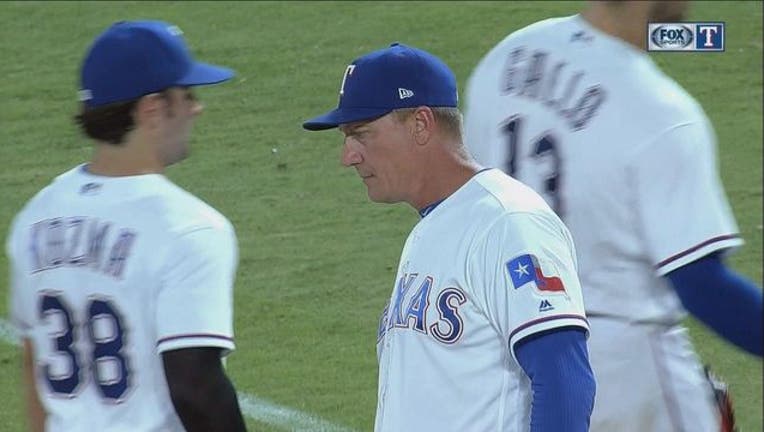 ARLINGTON, Texas (AP) - Joey Gallo hit a towering two-run homer that put the Texas Rangers ahead to stay, and they ended a four-game losing streak with a 10-8 victory over the New York Mets on Tuesday night.

Nomar Mazara had four hits and also homered for the Rangers.

After Gallo hit a high-arcing shot in the third, he stopped running between first and second base with teammate Adrian Beltre just ahead of him. It initially appeared that Jay Bruce might have caught the ball, but it was actually just beyond the reach of the right fielder's outstretched glove. Gallo's 17th homer put Texas up 5-4.

Asdrubal Cabrera and Neil Walker went deep in the third for the Mets. In between those shots, Bruce was robbed of a homer when Jared Hoying made a leaping catch just above the 8-foot wall in straightaway center.

Juan Lagares also had a homer among his four hits for New York, which left 13 runners on base while losing for the fifth time in six games.