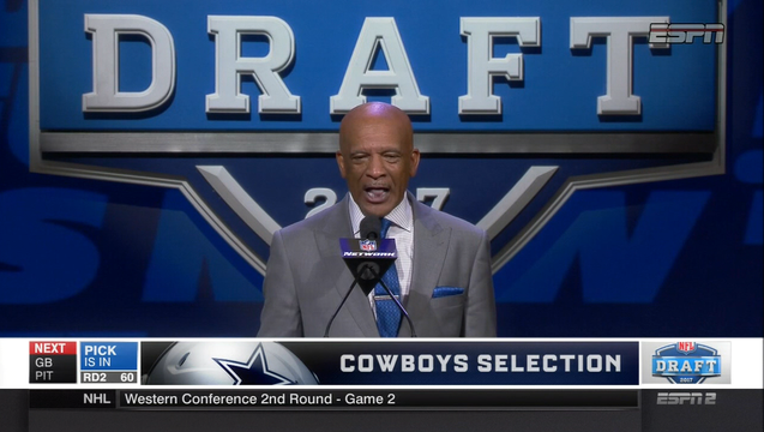 PHILADELPHIA (AP) - How 'bout them Cowboys!

The large crowd of mostly Eagles fans gathered along the Benjamin Franklin Parkway began jeering Pearson when Goodell introduced him. The boos from the green-clad fans grew louder with each word Pearson spoke .

He was only getting started.

"I want to thank the Eagles fans for allowing me to have a career in the NFL," Pearson said while smiling widely.

The boos got louder. And so did Pearson.

He pumped his fist as he screamed that he was representing the "five-time Super Bowl champion Dallas Cowboys and Hall of Fame owner Jerry Jones."

Cowboys fans in attendance cheered him on, but the boos drowned them out.

He raised his fist in the arm, waved to fans and did a slight bow while flashing a huge smile as he walked off stage.

Pearson played 11 seasons for the Cowboys from 1973-83, was a three-time Pro Bowl player and a big nemesis for the rival Eagles.