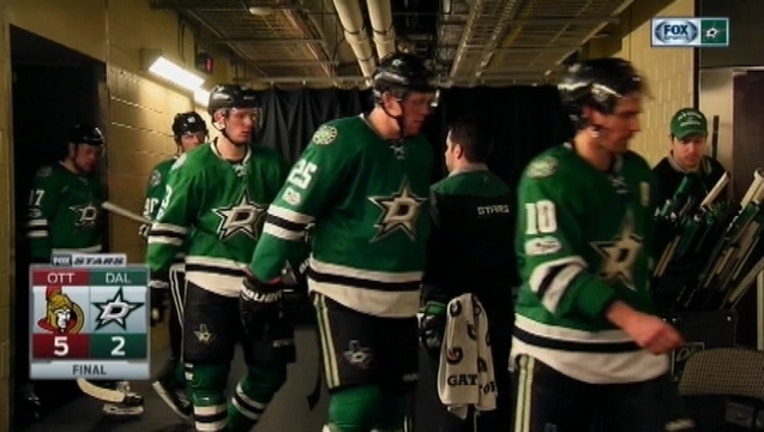 Ottawa moved within four points of first-place Montreal in the Atlantic Division. The Senators' winning streak began after they acquired Viktor Stalberg and Alexandre Burrows near the trade deadline.

Craig Anderson made 35 saves and tied the Ottawa franchise record with his 146th victory.

Stalberg and Cody Cedi also each had a goal and an assist for the Senators, and Mike Hoffman had two assists.

Chris Wideman and Jean-Gabriel Pageau also scored against Dallas starting goalie Kari Lehtonen, who left at 3:21 of the second period after allowing three goals in 18 shots.

Antti Niemi replaced Lehtonen. Ottawa didn't have a shot on goal against Niemi for 14:48, until Stalberg scored on the power play for a 4-1 lead. Tyler Seguin and Jason Spezza scored for Dallas.