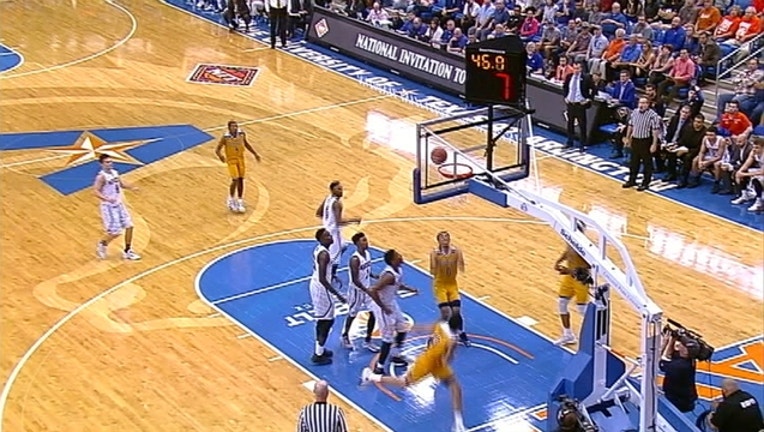 The Roadrunners (25-9) had squandered most of a 20-point second half lead as Erick Neal hit two quick 3-pointers in the last minute and then made two free throws with 6.7 seconds to go. But Basile calmly made both free throws to send the Roadrunners to New York, where they'll face Georgia Tech in a semifinal game on Tuesday.

Shonn Biggs scored 19 points to lead Bakersfield and Damiyne Durham hit five 3s and scored 18. Before Basile's free throws CSUB went 4 of 8 from the line in the last 1:23.

Neal had 22 points and Kevin Hervey 15, combining for 30 in the second half, for the sixth-seeded Mavericks (Roadrunners 27-9), who rallied behind the second-largest crowd (6,339) for a game at College Park Center.