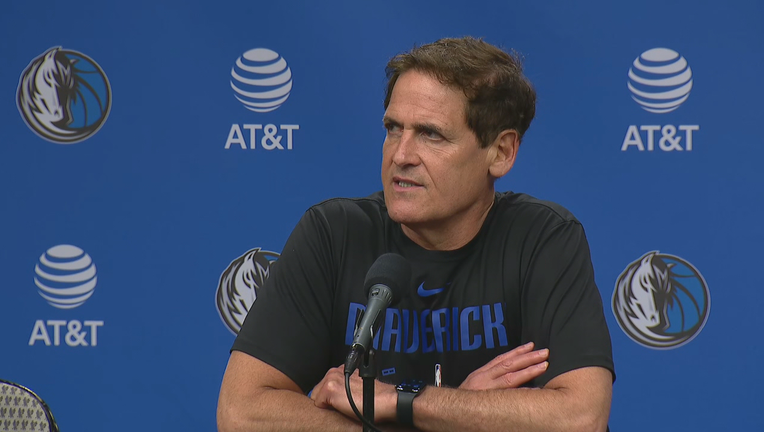 Cuban’s comments to FOX4 came after three NBA playoff games on Wednesday were postponed following player boycotts in the wake of the shooting of a Black man by police in Wisconsin.

The dramatic series of moves began when the Milwaukee Bucks -- the NBA's team from Wisconsin, a state rocked in recent days by the shooting by police officers of Jacob Blake -- didn't take the floor for their playoff game against the Magic.

Dallas did not have a game scheduled for Wednesday, but is supposed to play Game 6 of its first round series against the Los Angeles Clippers in a nationally televised game on Thursday night.

Cuban said if his players took action like others did on Wednesday, they would have his support.

“Of course I would support my team. A lot of things in life are more important than basketball,” Cuban said in an email to FOX4.

NBA players were set to collectively meet on Wednesday evening to determine next steps, which could include further game cancellations or even a total stop to the playoffs. Players could also decide to take steps that don’t involve any games.

The postponed games on Wednesday were: Milwaukee vs. Orlando, Houston vs. Oklahoma City, Los Angeles Lakers vs. Portland. The NBA said all three games would be rescheduled, yet did not say when.