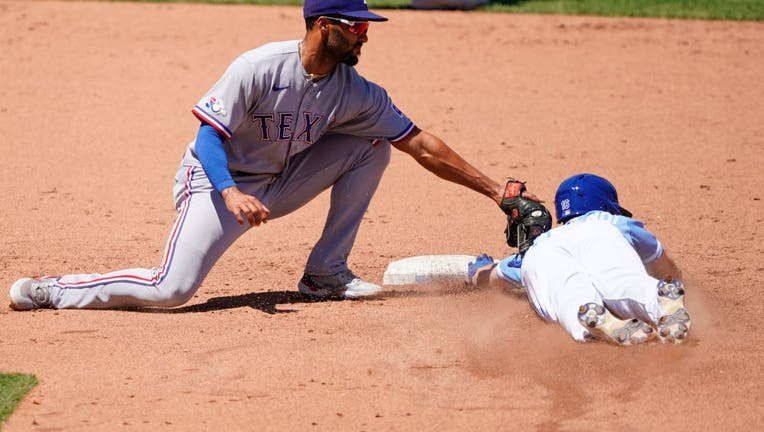 Kansas City's Kyle Isbel provided the winning cushion with his second home run in as many games.

Greinke (2-4) is the 48th pitcher in Major League Baseball history to start 500 games, and the only active pitcher to reach that milestone. He was understated as usual after the game, but did acknowledge the day's significance.

"Not many numbers I’ve been interested in, but I found out about that after the last game. I think that’s a pretty neat number. It seems like a lot of games," said Greinke, who went six innings, striking out three and walking one.

"Trying to get your head around 500 starts, that’s just amazing," he said. "You’re just not going to see many people moving forward that are going to be able to do something like that and do it as well as he’s done it.

"Then, to go out against a very good offense that’s given him trouble in the past and put up that kind of start, I thought the first inning was indicative of who Zack Greinke is. ... He was in control of what he wanted to do. It was impressive."

Three Royals relievers combined for three strikeouts and one hit allowed over three innings, and Scott Barlow picked up his 10th save in 12 chances with a perfect ninth inning.

Texas' Dane Dunning (1-6) suffered his first loss when allowing fewer than three runs this season. He gave up six hits in six innings, walking three and striking out three.

The Royals scored a run in the bottom of the first on an RBI single by MJ Melendez. Hunter Dozier was thrown out at the plate trying to make it 2-0.

The Rangers' Leody Taveras tied it in the fifth with a leadoff home run that just cleared the wall in right field. It was his first homer of the season.

Isbel answered that with his second home run of the season, a line drive into the seats in right field.

"I feel like I’m making good decisions at the plate," Isbel said. "I made a couple of swing changed but most importantly I’m hitting pitches I can handle."

Greinke was drafted sixth in the first round of the 2002 draft and spent his first seven years with the Royals, returning for a one-year contract this past offseason.

"I thought I pitched good and got some really good defense today," he said of his 500th start. "And Isbel had a good game all the way around, defense and hitting. It was a good game today."

Rangers 3B Josh Smith was back in the lineup after leaving Tuesday’s game with a right calf contusion after fouling a ball off his leg.