A man avoided injury after a pickup truck plowed through his home in Dallas last night. A doorbell camera captured the moment just before the dramatic crash.

DALLAS - A man was not hurt when a pickup truck crashed through his home Wednesday night in Dallas.

It happened around 11 p.m. in Old East Dallas near Ross Avenue and Hall Street.

Police said the driver may have suffered a seizure or other medical emergency before crashing into the house.

The pickup truck blew through a stop sign, knocked down a small brick fence, drove across the front yard and then crashed through the home’s living room, bathroom and part of a bedroom.

But it didn’t stop there. The truck continued down the hallway and crashed through the back of the house, finally stopping in the backyard. 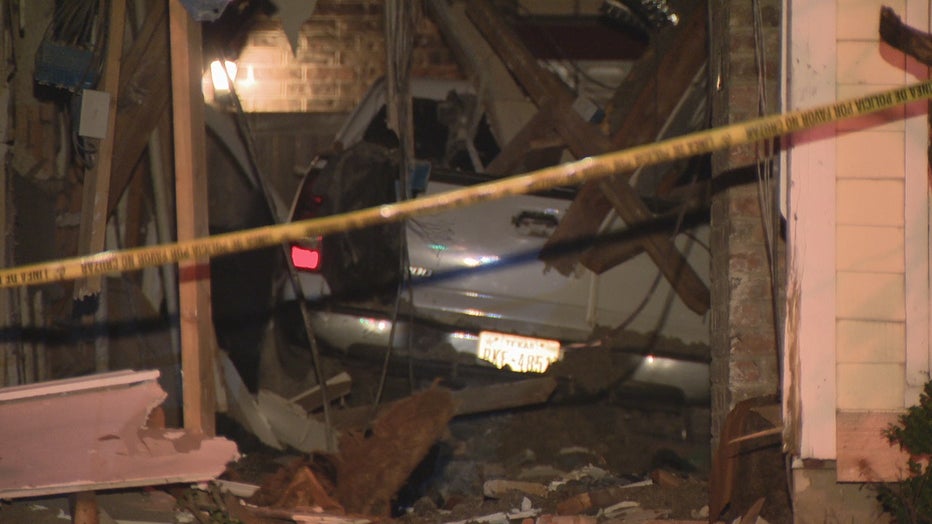 Firefighters pulled the driver out of the vehicle. He suffered serious injuries.

The man who rents the house was watching TV with his dog in a back bedroom at the time. He barely escaped injury.

He said he heard what he thought was lightning and then saw the truck driving through the hallway.

"There was a long hallway that goes straight through the house. Talk about a path of least resistance. His truck traveled the same pathway as the hallway missing the brick enclosed fireplace which could have caused the house to fall or him to have been killed by the impact. Also scrapping out the kitchen counter but taking out the wall of the master bedroom which was where the tenant who lives here was at the time,' said Clara Saaphir, who owns the home.

The truck will not be pulled out until engineers determine how badly the home was damaged.