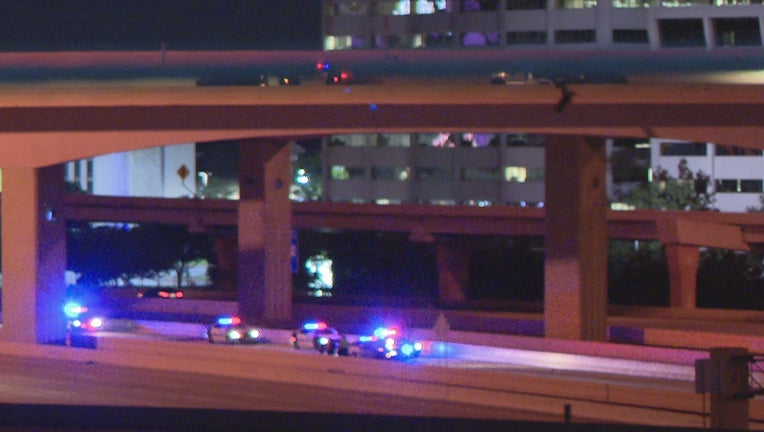 DALLAS - A tow truck driver was hit and killed on the Dallas High 5 interchange in North Dallas overnight.

Dallas police said it happened around 10 p.m. as the driver was hooking up a disabled car on the ramp from Interstate 635 to the Central Expressway.

The car was hit from behind by an SUV and the man was knocked over a railing.

He fell about 50 feet to the road below where he was hit by several cars.

Police said the tow truck’s flashing lights were on at the time.

The woman who caused the crash was arrested and will face charges of intoxication manslaughter.