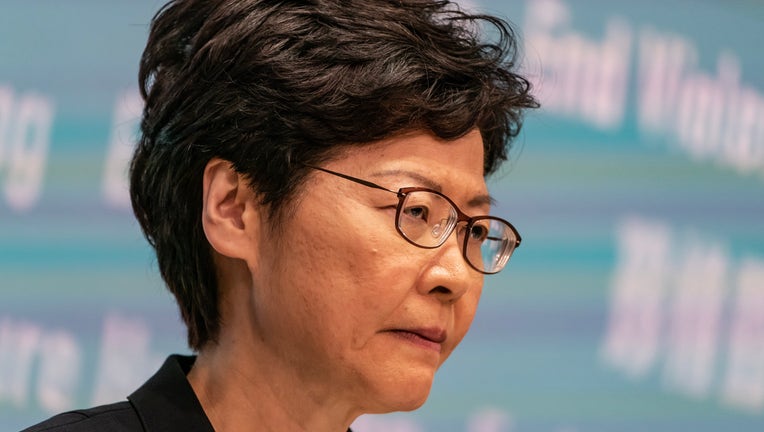 HONG KONG - Hong Kong leader Carrie Lam warns the Chinese military could step in if an uprising for democratic reforms in the city gets bad, but she reiterates the government still hopes to resolve the crisis on its own.

Lam urges foreign critics to accept the reality that the four months of protests marked by a sharp escalation in violence was no longer "a peaceful movement for democracy."

After invoking emergency powers to ban people from wearing masks at rallies, Lam wouldn't rule out other measures including calling for Chinese intervention.

Lam said Tuesday: "I still strongly feel that we should find the solutions ourselves...but if the situation becomes so bad, then no options could be ruled out if we want Hong Kong to at least have another chance."