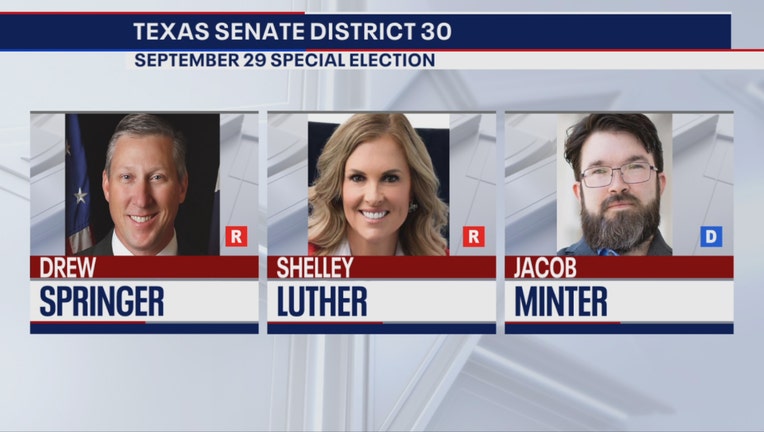 DALLAS - The special election for the District 30 State Senate seat is headed to a runoff.

Shelly Luther, the salon owner who went to jail after violating a court order for opening her business during the pandemic, will face State Rep. Drew Springer.

Both candidates received nearly 32% of the vote for the Republican nomination.

They are running for the seat vacated by Pat Fallon, who is now running for John Ratcliff’s U.S. House seat. Ratcliff is now the director of national intelligence.

The only Democratic candidate, Jacob Minter, finished outside the runoff in third with 21% of the vote.

The date of the runoff has not been set.