DALLAS - For the first time since a gunman ambushed and shot three Korean women inside Hair World Salon in Northwest Dallas last week, friends of the employees who were shot are revealing the damage to FOX 4.

"I don’t know why. Why ladies? Why women? You know?" Sonny Beeler said.

A mirror is cracked where a bullet struck, and there are bullet holes throughout the salon.

A bitter reminder of the pain caused by the attack. Beeler said one victim saw the gunman approaching before she was shot in the arm.

"He was just standing there with a gun and she saw it. She ran out there trying to lock the door. That’s all she remembered," he said.

Thankfully, no one was killed. Beeler said the two victims he knows, both employees, are out of a hospital and recovering.

"They kind of still mentally having problems. They can’t go to sleep," he added.

"We’re going to show the strength that comes in numbers."

"We’re going to show the strength that comes in numbers," he said.

Dallas’ Koreatown neighborhood is where the shooting at Hair World Salon took place. 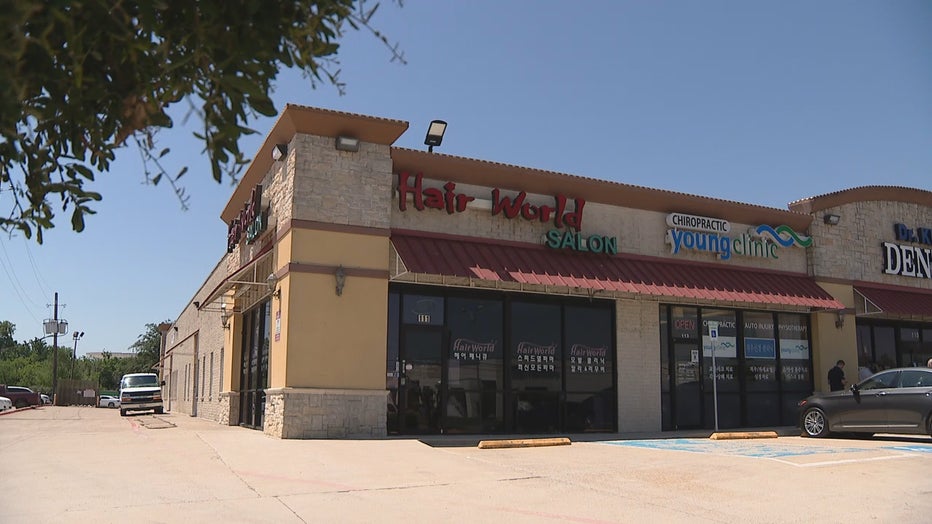 A maroon minivan is what police said the gunman at the salon was in, and there was a similar vehicle described in the other two shootings.

The first shooting was also in Koreatown last month. The second shooting, at China Wok in Oak Cliff, was Tuesday, May 10, the day before the salon shooting.

The salon shooting is the only one of the three in which people were hurt.

"We’ve been somewhat in denial in the Dallas area," Park said.

Park said there’s a growing effort to speak out against these possible hate crimes.

"I don’t know whether they feel more comfortable to talk about it now or it’s happening more. That’s really difficult to say," he added.

The Dallas Police Department will host a Safety Town Hall Meeting at the Korean Culture Center of Dallas Monday evening.

Police said they are stepping up patrols and providing information to the FBI.

"Being angry and letting people know you’re angry is good — however, what’s the solution? The end result?" Park said.

"Trying to help them to find the person," Beeler said.

As ones close to last week’s shooting victims are cleaning up, their hope is police will find the shooter before someone else is hurt.

"I don’t want another victims to come out," Beeler said. "I think everybody can get scared."