DALLAS - An off-duty Dallas hospital police officer saved a woman's life last week after pulling her out of a burning truck.

A 52-year-old woman is alive after being stuck inside this burning truck seconds before it became engulfed with flames. An off-duty police officer rescued her. 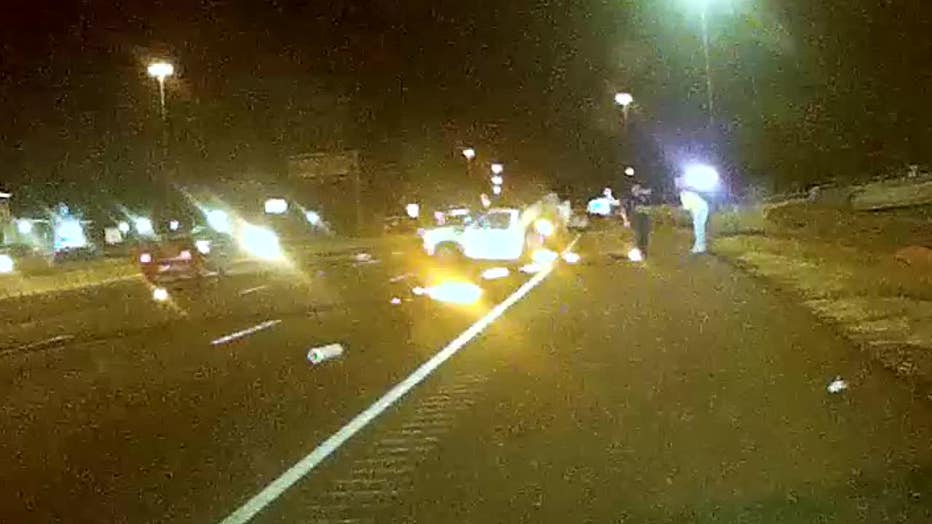 "I see an explosion in front of me. Just a ball of fire," he recalled.

The Dallas County Sheriff’s Office says there was a three-vehicle crash on Sept. 27 along Interstate 30 near Jim Miller Road. First responders were not yet on scene.

Vargas’ dash-cam footage in his personal car shows him running toward the truck, which he says was hit from behind. It’s the only vehicle on fire. Vargas noticed a woman inside who couldn’t get out.

"The cab was kind of crumpled in from the impact," he recalled. "So there was no way to get her out right from the driver’s side."

Vargas ran back to his car. He grabbed his glass breaker and broke a window to unlock the passenger door. The passenger door was nearly stuck, but he pulled the woman out with the help of bystanders.

"I needed that extra help to get that passenger door open," he said. 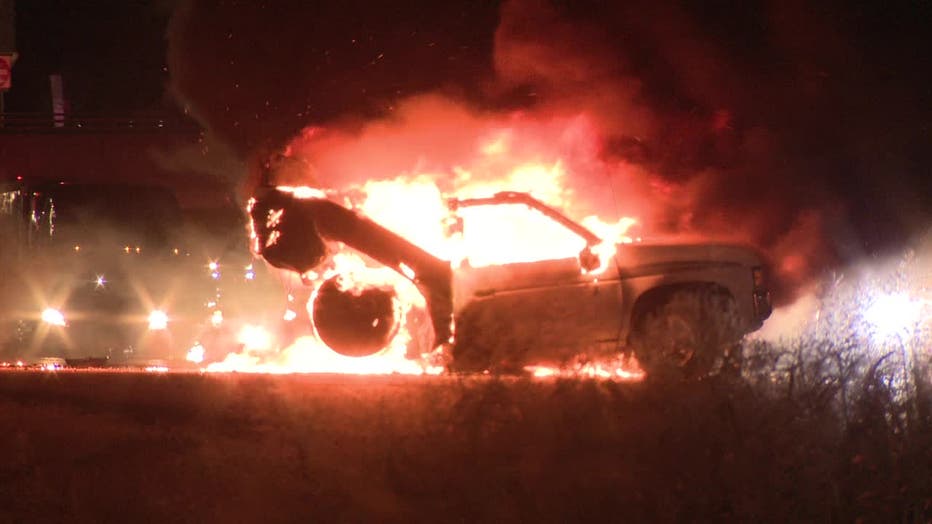 The 52-year-old woman is still being treated at a hospital and is expected to survive.

"The word ‘hero’ has been thrown out there, but I definitely don’t see myself as one," Vargas said. "I’m just very glad and thankful that I was able to do something at that moment to help that woman."

Vargas might not think he’s a hero. But after seeing his response to the fiery crash and the growing flames he saved the woman from, North Texans might disagree.

The extent of the woman’s injuries are unknown, but she is in the hospital and stable.

Officer Vargas says he would like to meet her one day. There were no serious injuries to anyone else involved in the crash.