The Tarrant County Sheriff's Office says 18-year-old Isaac Cooper and 18-year-old Brandon Gipson have been charged with unlawfully carrying a firearm in a prohibited place, child endangerment, and a terroristic threat in a public place. All the charges are felonies. 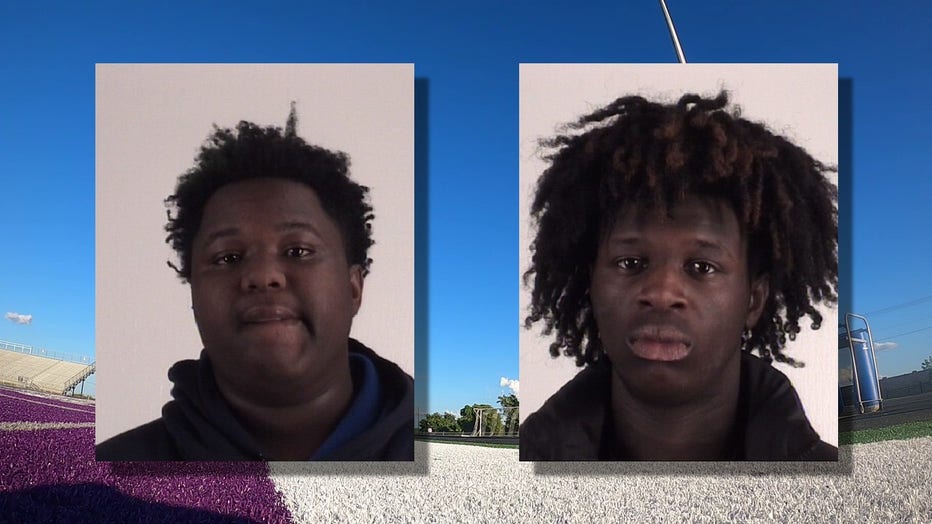 Brandon Gipson (left) and Isaac Cooper (right) are facing felony charges in connection to threats made against high school football game in Everman.

A Tarrant County Sheriff's sergeant received a tip from someone in the community that Gipson was planning to open fire at the game between Everman and Joshua.

"They related to him that there was a person heading toward homecoming at Everman and intended to shoot people there," said Sheriff Waybourn.

43 minutes after the tip was called in, Gipson and Cooper pulled into Everman High School's parking lot where a team of law enforcement was waiting for them.

"We put a stop to something before it got started," said Sheriff Waybourn.

Investigators say they confiscated an AR pistol from the teens' vehicle, along with a fully-loaded 60-round magazine with metal-piercing ammunition. 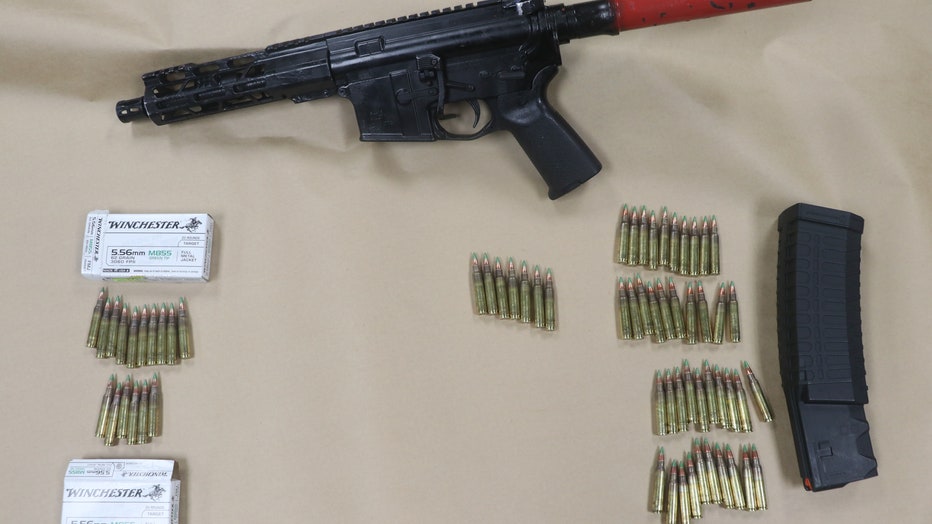 "If you look close at that ammo by the way they are green-tipped, that means they have a steel core. The ATF pulled these off the shelves, they are trying to outlaw them," said Sheriff Waybourn.

Gipson purchased the gun on the street, according to the sheriff. Investigators are looking to see where it came from, and if it has been used in any other criminal events.

The sheriff's office says it is unaware if the 18-year-olds have criminal histories, but Sergeant Chris Salone, who received the initial tip, is somewhat familiar with Gipson.

"In my conversation with Sgt. Salone he said he knew his name and knew a little bit about him, but not necessarily for anything nefarious," said Sheriff Waybourn.

The sheriff credits Sgt. Salone for building trust with sources.

"He’s out there in the community. He’s always searching for fugitives and this person has helped him in the past in similar incidents. So that’s how they gained that credibility," said Waybourn.

A 14-year-old in the vehicle was detained, but has not been implicated in what the sheriff describes as an isolated incident.

Investigators say it is not clear who the targets of the possible shooting were among the thousands of spectators at J.E. Marr Stadium.

Police told FOX 4 Saturday there was an ongoing "beef" between two cliques.

"The next football game we will still have our safety measures in place which includes increased security, all of our safety protocols," said Everman ISD spokeswoman Dr. Nikita Russell.

The Tarrant County Sheriff's Office says 18-year-old Isaac Cooper and 18-year-old Brandon Gipson have been charged with unlawfully carrying a firearm in a prohibited place, child endangerment, and a terroristic threat in a public place.

The district says they will continue to keep parents and students informed as they learn about the case.

"We sent out a note from Chief Spencer to our parents on Friday to let them know what happened, and we also sent a letter yesterday to let the parents know again we’ll have our safety protocols in place and what to expect on campus," said Russell.

Everman police told FOX 4 one of the suspects attended Everman High School, but did not specify which one.