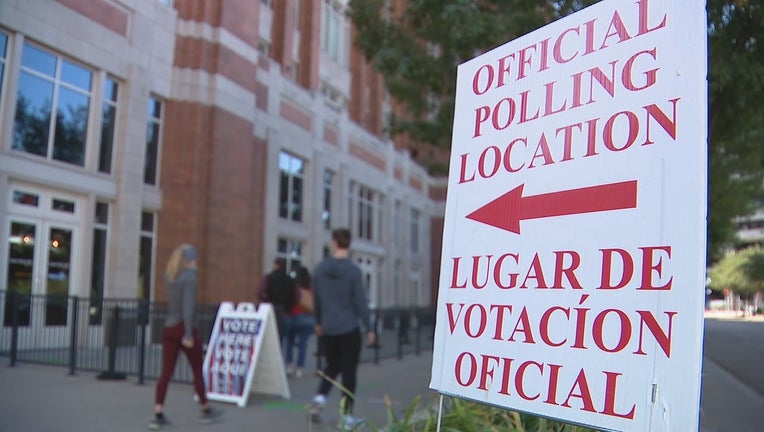 DALLAS - The home of the Mavericks and the Stars is where the most votes have been cast after two weeks of early voting in Dallas County.

Just shy of 25,000 people have cast ballots at the American Airlines Center as of the end of Sunday, according to data from the county. This is the first time the AAC has been a polling location.

The Dallas Mavericks organization played a role in making their home arena available because of the COVID-19 pandemic and an effort to get people to vote. Multiple NBA teams have their venues turned into polling sites this year.

The AAC features 60 machines for voters to use, all lined up on the east side concourse of the arena.

Parking at the so-called AAC “mega center” location is free in the Lexus garage next to the arena. Curbside voting is also available for those who can't go inside.

The Richardson Civic Center site comes in second for votes cast so far, with 21,042 votes.

As of the end of Sunday, 536,636 people in Dallas County have early voted in person.