MURPHY, Texas - An Allen mother is facing several charges after police say she attacked multiple people, including teenagers, at a sports complex in Collin County.

In his 26 years of reffing, Greg Ivanovsky says this is the worst behavior he’s ever seen by a parent.

"My lip is like all swollen up, and I just had dental work," he said.

Ivanovsky is still dealing with pain on the right side of his mouth after he says he was punched by an angry mom after a Plano ISD basketball game over the weekend.

Ivanovsky, who has been a referee for more than two decades, was working a seventh-grade game Saturday morning at Plano Sports Authority in Murphy. He says during the game, one of the girls had to be thrown out after a jump ball.

"At the end of the jump ball, one of the girls let go. The other one shoved her with the ball and then dropped the ball and punched the girl in the face," he recalled. "I had to eject her from the game. There is a zero tolerance policy."

But once the game ended, Ivanovsky says the girl who was ejected came back onto the court to start a fight with a player from the other team.

"Then the daughter came around and started using language I can’t use on tv," he said.

Police say the mother of the girl who was ejected then stepped onto the court. But instead of trying to control her daughter, she got violent and punched the 13-year-old girl her daughter was yelling at in the face. 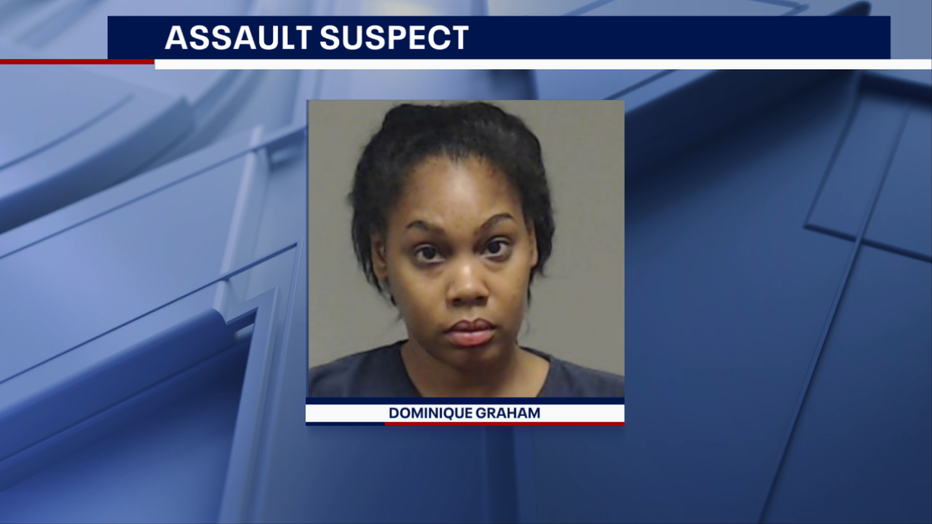 Ivanovsky says he was sucker-punched trying to stop Graham.

"And I’m like, ‘This isn’t going to happen. I’m not going to allow this,’" he recalled. "And then out of nowhere, I get a left hook across the mouth right here. My glasses go sideways like this."

According to graham's arrest warrant affidavit, she went on to yell at other parents when a dad stepped in to protect his family.  Police say she scratched the man across his face, leaving visible red marks.

"How do you do that to a child? I’m emotional because I am baffled by that," Ivanovsky said.

Murphy police arrived and took Graham to the Wylie Police Department jail, where now she faces three felony country of injury to a child and two other counts of assault.

FOX 4 visited Graham’s home in Allen. The person who answered the door only identified themselves as a family member and said Graham wasn’t home and didn’t want to talk.

Meanwhile, Ivanovsky is healing. He’s been in contact with one of the 13-year-olds who was assaulted. He says she’s terrified to even leave her home.

"The simple fact that someone comes out here and attacks these kids, it’s just mind-boggling," he said.

Police haven’t confirmed if the assaults were caught on camera.

It’s unclear how the other young girls are doing.