Incredible video out of Bowie, about 70 miles northwest of Fort Worth, was captured by a home camera right as one of two tornadoes smashed through this home.

The city manager in Bowie said the worst of the damage was east of the city limits.

There were also reports of "houses flattened" on Salona Highway north of Bowie, collapsed structures along Highway 101 and structure damage to homes along Brushy Road, Bishop Road and Well Service Road. 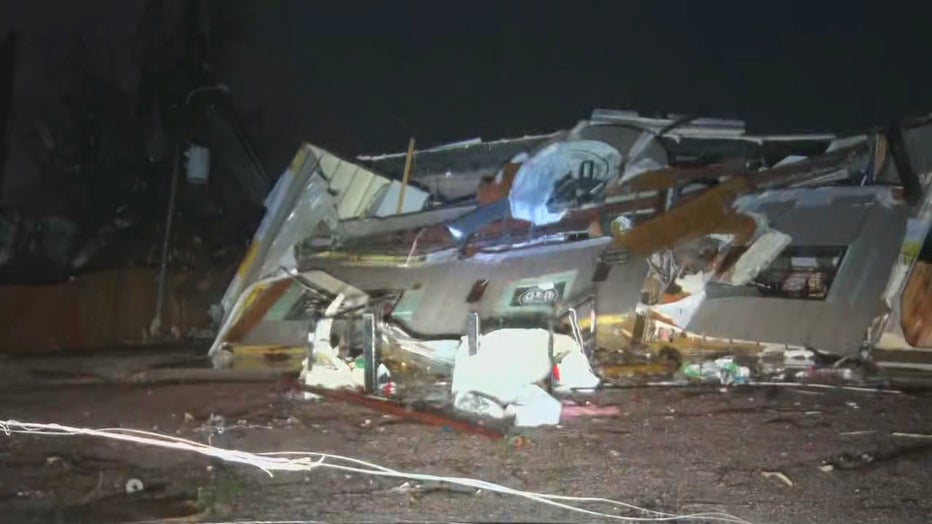 The fire chief reported property damage at the gas plant off Highway 59 just south of Bowie.

The Bowie community center was opened as an emergency shelter.

Another EF-1 tornado touched down near Nocona in Montague County with winds up to 110 mph.