18-year-old arrested for Rhome crash that killed child, injured others

An 18-year-old North Texan was arrested and charged with causing a deadly crash and then leaving the scene.

RHOME, Texas - An 18-year-old North Texan was arrested and charged with causing a deadly crash and then leaving the scene.

Police in Wise County town of Rhome say Christopher Fowler, 18, was driving the wrong way on Highway 287 Sunday morning when he slammed into a Toyota Camry with a family inside.

Police say Fowler initially stayed on the scene but then left while troopers were investigating the crash.

Fowler is facing three felony charges after police say he crashed into another vehicle carrying a family of six while he was driving the wrong way. 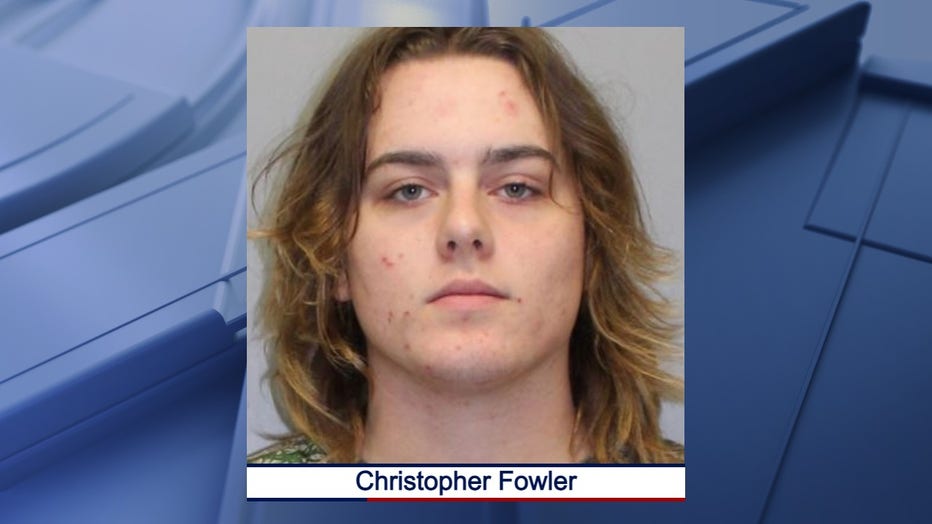 5-year-old Gideon Osemeke died at the scene while 14-year-old Maverick Bible Avant was airlifted to Cook Children’s Medical Center with severe injuries. It’s unclear what his current condition is.

Rhome Police Chief Eric Debus says they got the call at 1:22 a.m. Sunday from a Wise County sheriff’s deputy who had spotted a reckless driver in a Nissan Xterra heading northbound in the southbound lane of Highway 287.

"A trooper was working that night in our area and actually saw him driving the wrong way," he said.

According to police documents, the DPS trooper tried to catch up with the Nissan and turned on his lights to alert oncoming traffic. That’s when he witnessed the Nissan collide head-on with a Toyota Camry.

"The vehicles had ended up a fair distance away from each other when they came to rest," Debus said.

The trooper noticed Fowler seemed to be okay, so he turned his attention to helping the family in the Camry.

Police say when the trooper returned to the Nissan, Fowler was gone.

"After the crash occurred when the trooper and the officers went back to his vehicle, only a couple of minutes, he had already fled on foot," Debus said.

Deputies and officers searched the area but couldn’t find Fowler. So they traced the license plate, leading them to Fowler’s home in Northlake. He was arrested Sunday afternoon.

The arrest warrant affidavit says that Fowler’s father told police his son had "left a friend’s house and he does remember being in an accident."

Debus says police are still trying to determine whether or not Fowler was under the influence or somehow impaired when he crashed.

Fowler’s father did not want to speak on camera but said his son "made a very, very bad mistake and is devastated."

Fowler is charged with one count of manslaughter and two counts of accident involving injury or death.

Woman killed after crashing into off-duty officer in construction zone